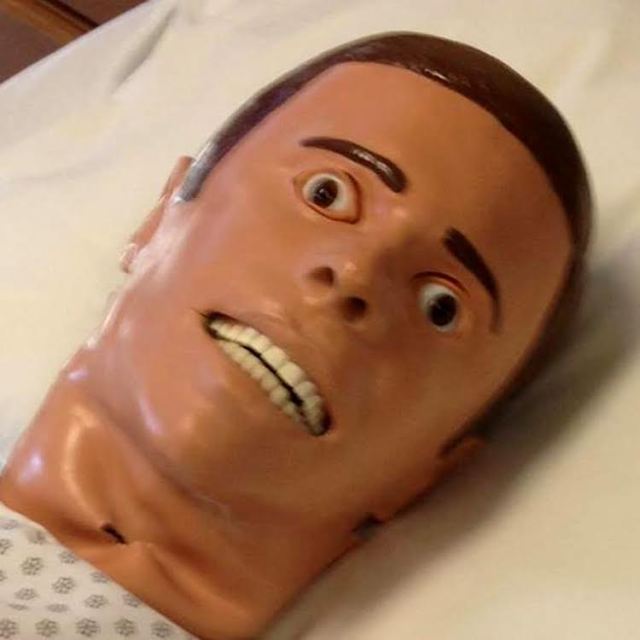 There are three types of people in this world. There are people that are aware of somebody else that is either sleeping or performing a task, so they tiptoe and try to be quiet as to not disturb them. Then there are people that are loud and completely ignorant of the sleeping or busy person either because they don’t care or they’re too immature to know that it would be more polite for them to be quiet. And finally there are the passive-aggressive shitlords that intentionally make noise to wake someone up or break their concentration because like a wounded puppy they just want somebody to notice them. I will give you a moment to let you guess which one of those examples lives in my apartment building. Don’t get me wrong, really nice guy, but holy shit man.

So I am currently living in a four story building designed by the Silver Thomas Hanley Architect group that you are probably familiar with for designing the construction of theRS Pondok Indah Bintaro Jaya Hospital in Jakarta, Indonesia. They also designed the Good Samaritan Hospital up the street in which their helicopter rattles all of my windows every time it flies over. I doubt when this building was constructed over 50 years ago that they could have imagined what a whirly-bird was, let alone know that they should tighten the doors and windows for whenever one flew over. Shoot, I’m sure if someone had even hinted at mankind one day having the ability to fly they would have burnt them at the stake for witchcraft.

So anyway, there’s a guy that lives in the suite on the fourth floor that’s a super cool dude, great guy, but Christ all fucking mighty someone needs to tell him to shut up. He doesn’t have parties or friends or anything and he isn’t blasting his stereo. He tries to but he has a little pussy stereo made by Playmates Toys and I have a monster melt your face seven speaker surround sound stereo with a subwoofer made by Yamaha so I can crank it up to make his floor shake while I’m underneath him with my brains coming out of my ears. But no, he isn’t loud in a party animal sense. He’s just, really annoying in an overly passive-aggressive way.

There is a fully equipped gym in the basement. Every other night usually starting sometime between 9 and 11 o’clock he will go down there and crank up the most hardcore music that any melodramatic middle aged Creed and Nickelback fan could possibly imagine while he’s working out. And he stomps up and down those fucking stairs as loud as possible, in fact I think he puts on tap dancing shoes just for walking up and down those goddamn stairs. And when he’s playing those songs downstairs, let’s take the song ‘In the End’ by Lincoln Park for example, which is a horrible song by a horrible band, he sings along to it. And when I say sing along I mean he’s really singing the song as loud and boisterous as possible. He isn’t singing it like guys do when they’re alone in the car, he’s trying to sing it like the actual singer, with passion. Whenever somebody does that around me I’m like “hey who sings this song?” and they’ll say “oh Elton John” or whoever and I say “yeah that’s what I thought, so why the fuck are you singing it?” and then they’ll shut up. But this guy. A week ago at like 1:00AM he was sitting at the top of the stairs auditioning for The Voice on live television loudly playing his guitar and singing ‘I Wish You Were Here’ with such grace that I know at least 3 chairs turned around. And what’s more pathetic is that he does this while admitting that he doesn’t drink alcohol. But it’s like he’s just sitting there strumming his guitar and singing loud as fuck with oh so much passion, waiting for me or someone else to peek out their door and say, “oh wow, you sing so soft and so sweetly” and he can act bashful and say “awe shucks, I just like to play the guitar and sing my soul out now and then”. But it’s all fake.

In the morning he’ll go downstairs into the fully equipped gym that also has a washer and dryer in it and slam the fucking dryer door over and over before doing laundry and playing horrible soft rock while singing along to it at SIX OH CLOCK IN THE WHAT THE FUCK AM! And he’ll pull this bullshit six days a week. In fact, he just slammed his feet down the stairs wearing his wooden clogs from Holland and now he’s playing ‘Highway To The Danger Zone’ from Top Gun and holy shit as make believe as that sounds, it’s not. He always starts with songs from the Top Gun soundtrack and then goes into Van Halen and Lincoln Park and Eminem and other songs thuggish white kids played in their Pontiac Grand Am during high school. Oh wait, this is different. He’s playing ‘I Get Stupified’ by Disturbed. What a dumb piece of shit song that is. He’s grunting and slamming weights while saying “come on one more!” too.

And getting the mail. I swear to fucking god he plays nick-knack-paddy-whack with a ball-peen hammer on his mailbox in the hallway every goddamn day when he gets his mail. And singing some gladly forgotten hit from Casey Kasem’s top 40 back in 2005 while he does it.

Don’t get me wrong, he’s a nice guy. That’s what bothers me so much about it. I know he isn’t an idiot that’s completely unaware of everyone else. He’s doing this shit because he’s the sad little puppy type that wants attention and it’s so damn pathetic that it makes me angry. I have walked out and given him that look after the third time he walks in and out of the building at midnight and he’s all “oh hey what’s up bro?” and acts like he wants to hang out. When I first moved in he saw that I was a four time Mr. Olympia winner and that I keep my body competition ready year round so I wrote him a workout and diet plan and showed him how to lift for size and he would be knocking on my door at least twice a day to ask questions or talk or whatever. I’m a social butterfly, but I need to be left the fuck alone for most of the day. He just, he has that aura of lonely desperation about him. And nobody likes that. Not even other people with an aura of lonely desperation like people with auras of lonely desperation.

I haven’t even talked about the super drugged out alcoholic named Eddy that lived across the hall for a week. His friend Gene was shitfaced and pounding on my backdoor at 1:00AM on a Monday because he thought it was Eddy’s apartment. He was wearing sweatpants and a button up Christmas sweater and I was wearing my bathrobe. As freaked out as I was I let him in. He apologized profusely and then we had a drink together in my kitchen talking about how he went to art school in Pittsburgh and then I lead him to the hallway to Eddy’s door.

The landlord kicked Eddy out right away because of the noise he made and the cops coming over multiple times. I get along with the new landlord really well. He doesn’t speak a word of English and I don’t understand the third world jibber jabber he motor boats out of his face, but we both speak handshakes and smiles. And that’s what really matters.