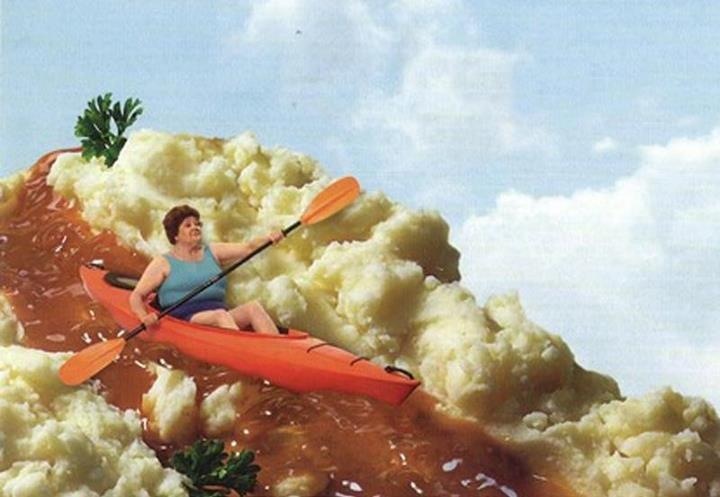 I went to bed around 4:00AM this morning and I woke up at 7:30AM. I made an egg burrito thingy and put 2 scoops of whey protein in my shaker cup with water. I walked into my living room and without closing the little cap on my shaker cup I began to shake the cup vigorously, spraying half of my very large and newly remodeled living room with 48 grams of chocolaty whey semen.

I was unusually tired this morning not only because of my lack of sleep, but because my body is unable to process fast food the way that it used to. I workout more often and more hardcore than ever before but my body has been steadily losing its ability to thoroughly digest super shitty foods ever since I turned 23 only 10 summers ago. Last night I had no plans of leaving my lustrous Arabian Nights themed apartment but then Don texted me and I refused to respond because I was tired and wanted to go to bed early. Then Dale called me after I failed to reply to Don’s text, so I answered after about 4 rings. I stated that I didn’t want to do anything but Dale argued against it until I caved and invited them over.

This Friday, Don is leaving for South Dakota to spend his summer running his campaign for state Senator and building igloos and horse troughs for the Pine Ridge Indian Reservation for $550 an hour, or at least that’s what he told me. So Dale, Don and I figured we would spend one of his last nights in Kearney drinking vodka and grape Mio cocktails while relaxing and getting awkwardly flirty with one another in my theater style living room while we watched the entire second season of “Saved By the Bell: The College Years”.

The night was moving along with boisterous enthusiasm for Kelly’s newfound love interest in Professor Lasky when I blurted out that I was getting hungry. I had previously hosted a small and private Boxer Beer gala in my kitchen this past Wednesday, Thursday, Friday, Saturday, Sunday, and Monday so I am a little low on food. Don asked me what I was hungry for and after a moment of deep thought I said, “Warm cherry pie right out of the oven.” Don and Dale’s mouths dropped open before I had finished uttering the word “oven”. We decided right then and there that we had to go to the new 24 hour Hy-Vee immediately to find a single freshly baked cherry pie or maybe 4 of them.

I looked at my checking account online and saw that I only had $1757.62 in it, so I grabbed my jar of quarters and spilled it on the kitchen floor to see if I had enough money to purchase an entire pie while Dale measured my compact chrome plated oven to see how many pies we could cram into it. I had $17 in quarters and Dale came up with a measurement of 4 feet by 2 feet of inner oven space. So we ran out the door and I called “SHOTGUN!” as we piled into Don’s pink Volkswagen Beetle and sped to Hy-Vee at midnight.

We arrived at Hy-Vee within 5 minutes and ravaged the store in search of cherry pies. We only found one cherry pie and although it was exactly what I wanted, Dale mentioned a food hack that only a select group of fine diners know about.

I slowly lowered the cherry pie and made direct eye contact with Dale. Dale’s last name is Birdman, and telling Dale Birdman that he cannot have chicken McNuggets is the same as telling Hitler that he’s not allowed to bake the Christmas cookies this year. We were already running for Don’s Beetle before anyone had even said “yes”.

We arrived at McDonald’s around 12:45AM. I looked at the menu and realized that I couldn’t purchase 40 McNuggets, I could buy 60 of them. Now, should you ever enter the northeastern McDonald’s in Kearney after midnight you will be greeted by the same old and angry toothless pirate hooker that works behind the counter every night of the week. She hates her life and any other life that interacts with it. I took my place at the counter and in a shaky voice said, “Sixty. Sixty Chicken McNuggets to go.”

The toothless pirate hooker gave me a phony toothless grin and pushed the biggest McNugget button on the register and I proceeded to pour the cup of quarters onto the counter. The pirate hooker’s phony grin immediately changed into a gummy frown and she asked, “You’re not actually going to pay for this in change are you?”

Dale and I didn’t skip a beat. We continued to separate the quarters into piles of 4 until we had 16 piles and one extra to cover the last 15¢. Our concentration on counting quarters was an iron wall against her cigarette-scented complaints.

“I already have like $25 in quarters in my drawer and there’s no way in hell that I’m gonna be able to fit that many quarters in there.” The pirate hooker said in an angry and raspy tone.

Apparently they do not teach monetary value on pirate ships because this lady of the sea was unable to understand that quarters are real money too. What’s she going to do, tell her captain that she didn’t want to accept money in exchange for nuggets? She put her arms in the air and marched off with anger while one of her shipmates took her place at the helm. Normally I am very polite with the people that prepare my food, but this was McDonald’s and every American of proper bodyweight knows that McDonald’s does not sell food. I also understand what it is like to work a shitty job that you hate, but you’re working at McDonald’s bitch. Either get used to it or get a job at Walmart.

Dale and I pushed the quarters to the new shipmaster while laughing loudly, and then we sat at the nearest table with Don and eagerly awaited our bounty. A smelly fart-pusher placed the bags of nuggets on the counter and made eye contact with us, he didn’t say a word. Each of us grabbed our own bag and agreed that we would not open a single chest of nuggets until we were once again sitting under the chandelier in my kitchen.

Once we were back in my kitchen we quickly realized how difficult it was to eat McNuggets with fully flexed grins on our faces, but eventually we consumed all of the nuggets in less than 10 minutes. We finished watching two more episodes of “Saved By the Bell” and then Don and Dale went home. I drank a few glasses of water and went to bed.

I refuse to eat at places that sell chicken tenders because I have no idea as to where the ‘tender’ comes from on a chicken, and I will never eat chicken fingers because I know that chickens don’t have hands. But I do know that roosters have one ‘nug’ and hens have one ‘get’. They are found in the rear part of the neck on every chicken, so two chickens must be slaughtered to make a single nugget. If you don’t believe me then you can look it up yourself. Don, Dale and I consumed 120 chickens last night. So there is good reason that I feel like shit today and I fear the future because I haven’t even pooped yet.