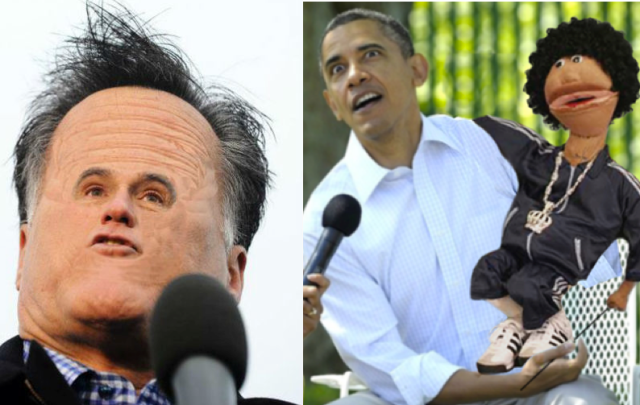 Religion is like a penis. It’s okay to have one and it’s cool if you’re proud of it, but you should never take it out and wave it around in public and you should never ever take it to schools and shove it down little kids’ throats. That’s an ancient Wisconsin proverb and I believe in it wholeheartedly. This weekend, I traveled across the dismal plains of Nebraska into the gloriously vibrant metropolis of Denver Colorado again, and this time Ron and Connie, my parents, accompanied me on my whimsical interstate journey through one stretch of road and two time zones. And once again I was forced to drive their fart-maroon colored rust bucket that they call a 2012 Chevy Malibu instead of my platinum encrusted 2005 Malibu steed.

I prefer listening to NPR on the radio during long trips because music zones me out and I end up drifting the car across the center divide, sideswiping semi trailers and murdering interstate construction workers. However, NPR was broadcasting some bullshit about caring for hairless cats or whatever the fuck the androgynous sounding lesbo-fag-nerd broadcaster was talking about, so I listened to various political stations instead. Before I mention politics, according to a Wikipedia timeline radio stations began to broadcast speech in 1919 and the first entertainment/ talk broadcasts began in 1920. So talk radio stations have been around for 92 years and every other talk show is still about Christianity. Last I knew there was only one fucking Bible, and how in the fucking Christ can someone talk about the same goddamn book for 92 years and not feel like they’re just repeating themselves? Not only that, but every effing political talk show tries to bring up the religions of Obama and Romney and make it sound like it’s real fucking important to the voters. I really am on the fence this year even though my left side is a little heavier and makes me lean that way a bit, but if a candidate were to ever clearly promote their religion as being the key factor in their decision making process then I would never in a million years vote for them. When the shit hits the fan and a bunch of terrorists from Herpderpistan are blowing themselves up across the United States, I will not get behind the leader that is on their knees praying but I will be footing it with the leader that is running for their life while tossing grenades over their shoulder to kill the camel jockeys that are chasing them. It’s fine if you’re religious but it will never be more valuable than common sense and taking action. As they say, you can shit in one hand and pray in the other and see which one fills up first.

I would also like to air out my blatant intolerance or possible racist views towards the religion of Islam. I realize that there are good Muslims in the world and that not all of them want to blow up my precious ‘Murica, but I don’t care. You may not support the notorious gang but if you’re wearing their clothes and worshipping their handbook then prepare to take some shit for it. On every one of these talk shows, both on the radio and television, I never see or hear Islamic leaders speaking their opinions about radical Islamic terrorists. It’s cheesy and obvious whenever a president or leader denounces a terrorist attack because it’s expected, but I rarely if ever see Islamic leaders denounce terrorist attacks. I would greatly appreciate it if Limbaugh or Brian Williams would simply ask an Islamic leader how they feel about the Taliban trying to assassinate Madalka Yousafaggy for promoting the education of Pakistani women or if they think it’s cool that teens are strapping fertilizer and dynamite to their chests and blowing themselves up in Walgreens. Then people could really see how Muslims feel about Islamic terrorists. I have also read snippets of the Koran and it really does say that Muhammad is the only God and that anyone that doesn’t agree should be killed. It also states that women are lesser beings and should be denied everything from hotdogs to toilet paper and education. It’s a really shitty and hateful book and I just can’t seem to like anyone that worships it, let alone anyone that worships any book. I have seen videos of Muslims using ‘Murica’s freedom of speech to denounce our freedom of speech and say that we should be imprisoned or executed for saying anything shitty about Muhammad and they are spouting this shit out on our own turf. I am expected to tolerate their intolerance because it is their religious belief to believe that bullshit but they are not expected to tolerate my belief that their beliefs are bullshit. I think that some common sense should be used and whenever some doucher hops off of their flying carpet and preaches about killing innocent people that won’t pray to their make believe spaghetti monster in the sky, someone should interrupt them and tell them to “shut the fuck up”. Intolerance should never be tolerated no matter how many imaginary gods they have to back up their crap, and that includes every religion. It is 2012 and people are still looking for the answers to life in books that were written by incestuous nomads thousands of years ago. Believe me, writers’ use their writing to describe the reality that they live in and we are not living in the same reality that people were living in over 2,000 years ago. Get off of your knees and stop talking to an invisible person in the sky for help but instead talk to the billions of real people standing around you.

That was a long and stupid rant about religion, and now I want to talk about something else. For my own personal religious reasons I am currently growing a beard. I have a very beautiful baby face and I have never felt the need to cover my perfect looks with pubic hair but now I must in order to follow my religious beliefs. I am a week into this facial hair march to Mecca and I am already amazed at how fast my face can grow hair. I warn people to steer clear of my chin or they will be crushed under the waves of the waterfall like growth of my beard. It has only been one week and the lower half of my face already looks like an armpit with a mouth in the middle of it; I have begun to brush my teeth with Degree for men. It itches like all hell and I feel like a hobo but I must go on for another month with the growing of this beard. I am praying to lord Crom that my beard somehow ends up looking like Ben Affleck’s beard in the new movie “Argo” but I am having my doubts. Ben Affleck is a retard in sheep’s clothing but his beard is amazing. It is perfect in ever detail and wrinkles of jealousy and anger distort my face every time I must lay my eyes on it. I would not sleep with Ben Affleck but I would let his beard turn my asshole into its own two-car garage. If God were a bear then Ben Affleck obviously killed him and placed God’s hide upon his face. But my beard is fairly patchy and years behind my age in both its shape and density. I can only pray that it turns out for the best.

I also have a terrible cold and am treating it with zinc lozenges and whiskey and water. Pray for me.