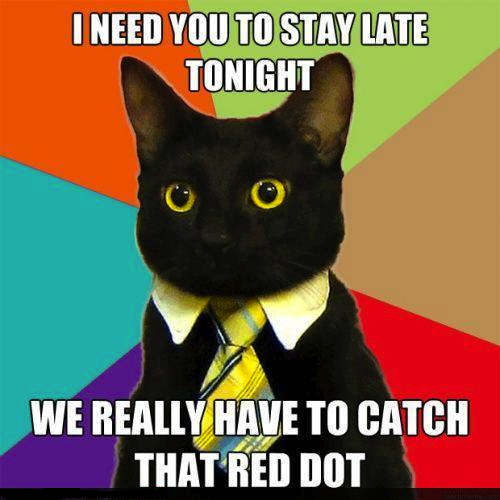 The warfare between man and beast that has been taking place within my apartment has now broken the boundaries of my basement and entered my driveway as well. I went to the play “Bright Ideas” at the UNK Theater because I have to type a ridiculously long paper about it for Monday and then a surprisingly short one about it for Tuesday. I would be typing one those papers right now if I were an adult but I’m not. I’m only 31.

Well I walked across the street to Bill’s Liquor after leaving the theater because I knew that I would need some vino to type these papers. I never drink when I do research papers but being tipsy while typing critique papers makes for a much more awesome paper full of swear words and ruthless douche-baggery against the people involved with whatever show I had to watch. I already have a 1.75 of Seagram’s Gin in my freezer but I wanted my magnum of Rex Goliath Pinot Noir to sing me to sleep tonight. Then I walked across campus carrying my leviathan of wine and a cop stopped me and then he let me go and that isn’t the point of my story.

There are piece of shit stray cats lurking in every crevice that surrounds the college campus and when I got back to my place there was a cat sitting on the hood of my car. I immediately stopped ten feet away from the cat and made eye contact with it. The motherfucker just stared back at me with a nonverbal expression of, “The fuck you staring at, negro?” Holy shit did this make me rage.

I maintained eye contact and loudly cleared my throat as if to say, “Excuse me you manner less fucking marmot but that’s my car you’re resting your transient un-wiped ass on.”  The cat held its gaze as if to say, “Bitch, I’ve had diarrhea more threatening than you.” If you could have seen what the cat was seeing then you would have seen smoke coming out my ears at this point. I slowly stepped towards the courageous feline with my fists clenched as if saying, “Get off my Malibu or I will end you!” The cat held its gaze but now it showed a hint of fear. I was able to read through its poker face. I suddenly charged the cat and it leaped nine feet from my car with a single bound before it hit the ground running. Fucking scuffmarks everywhere on the hood of my pristine 2005 Malibu that I value about as much as my HP inkjet printer. The cat never looked back while it was running away but I know it heard me when I bellowed, “And don’t come back you unemployed faggot!!!”

There are cat people and there are dog people. I myself am a dog person. Unlike most dog people I have no deep seeded anger towards cats. Cat people are stoners or insane while dog people are travelers or redneck retards. This is because cats are non-people loving fucktards and dogs are loyal servants that will obey anyone that gives them food or physically beats them. Dogs make sense but cats are undomesticated idiots. Did you hear about that story where the house cat scraped around in the rubble of the World Trade Center and it found a lingering survivor and emergency workers were then able to save the person by digging them out? Yeah, I never heard that story either because a cat would never fucking do that but a dog would. Dogs give a shit about people and cats don’t. Stoners and crazy people like cats because they never clean their apartment so cats can chase rats and cockroaches around and that’s why cats love stoners and crazy people in return. Dog people like an animal that’s loyal to them and has a level of intelligence where it understands a list of orders and respects the home in which it lives in, and it’s smart enough to know it fucked up whenever you hit it.

Okay, change of subject. My friend Sam said that he never reads my Facetweets because he’s a lazy fat ass and he doesn’t have the patience to read something as long as my posts. So this post will be extra long in his honor. I think it’s time for me to have a girlfriend. I’ll go back to the beginning when I was talking about the cop that stopped me on campus. This cop was in complete disbelief when he looked at my ID and saw how old I was because I’m guessing he was a year or two younger than me but he looked like he was in his forties. I don’t understand this at all. When I lived in Denver a majority of people looked damn good for their age. The people that looked like shit were the ones that smoked or drank their meals while complaining about how they didn’t have any time to exercise or eat right. That seems to cover about everyone living in Kearney and yet I’m busy as all hell but I still find time to workout and eat healthy. A thirty year old in Kearney looks like they’re forty and a forty year old looks like they’re renting a room at the morgue. Goddammit this is just unacceptable. If I’m going to work my ass off to look and feel good then any girl I date should do the same. But I need it… I need it bad. And when I say “it,” I mean the stinky. That stinky smell that smells… smelly. But anyway, I need some regular vaginal income to keep me sane so I’ll probably attempt to lick and stick the next thing that doesn’t reject a drink for me. That’s pretty personal, but fuck you Sam. Because I know you haven’t read this far.